TySug is collection of packages, together they form a keyboard layout aware alternative word suggester. It can be used as both a library and a webservice. 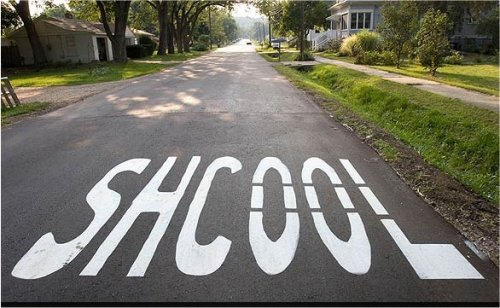 The goal is to provide an extensible library that helps with finding possible spelling errors. You can use it out-of-the-box as a library, a webservice or as a set of packages to build your own application.

Currently it’s a fairly naive approach and not (yet) backed by ML.

You can use TySug as stand-alone webservice to match against a known-list. If you have Docker you’ll have it up and running in a few minutes.

If you have Docker, just run:

If you don’t have Docker, you can download the binary from the releases page.

In a different terminal, run:

The name corresponds with a list definition in the config.toml. Using this approach the service can be used for various types of data. This is both for efficiency (shorter lists to iterate over) and to be more opinionated. when no list by that name is found, a 404 is returned.

TySug is a collection of stand-alone packages. In each library you can find a README covering the details.

if you want to use a different algorithm, simply wrap your algorithm in a finder.Algorithm compatible type and pass it as argument to the Finder. You can find inspiration in the unit-tests / examples.

When adding your own algorithm, you’ll need to handle the “confidence” element yourself. By default TySug’s finder will handle it just fine, but depending on the scale the algorithm uses you’ll need to either normalize the scale or deal with the score.

Note: Be careful not to introduce bias when converting scale.

Without converting the scale, you’ll have no bias, however you need to deal with a range where closer to 0 means less changes:

The reference list is a list with known/approved words. TySug’s webservice is not optimised to deal with large lists, instead it aims for “opinionated” lists. This way you can have a list of domain names or country names. This keeps the service snappy and less prone to false-positives.

Large is relative. The size is strongly related to the processing time, longer lists take more time O(N). Test and keep the list within your response-time limits :-).

TySug does not normalise words. This means that words are treated in a case-sensitive matter. This is done mostly to avoid doing unnecessary work in the hot-path. Typically you’ll want to make sure both your lists and your input uses the same casing.

The reference list order is significant. The first of an equal score wins the election. So you’ll want to put more common, popular, etc. words first in the list.

Tysug’s webservice is keyboard layout aware. This means that when the input is ‘bee5’ and the reference list contains the words ‘beer’ and ‘beek’, the word ‘beer’ is favoured on a Query-US keyboard.

This happens because of a two-pass approach. In the first pass a list of words is collected with 1 or more words with the same score. If more than 1 word is found with the same score, the keyboard algorithm is applied. Most string-distance algorithms factor in the “cost” of reaching equality. The amount of “cost” it takes with one letter difference, in the same location within a word (E.g.: bee5 versus beer or beek) is typically the same. Making in the assumption that a word is typed by a human on a keyboard and that fingers need to travel a distance to reach certain buttons. Factoring in this assumption could produce better results in the right context.

To help people avoid submitting an incorrect e-mail address, one could try the following:

Dealing with typos is complicated and heavily context dependent.

First of all: Awesome!

Before contributing, please create an issue with the thing you’d like to contribute.

Any contribution must be provided in the form of a PR and the CI build must pass. Any contribution, when relevant, must have tests proving correctness. The coding-style must be the Go standard, complemented by the community “Code Review Comments” laundry list.

Any security related issues can be submitted as regular issues in the issue tracker. E-mail me directly if you don’t want to disclose it publicly.